Trust in Yellow was officially formed on the 26th April 2006 by a group of supporters of Southport Football Club disgruntled by a lack of supporter involvement and a growing rift between the board of directors and it's supporters. During the six months which preceded the group had spent time carefully constructing working relationships with the supporters, board of directors, playing staff and media. Whilst wholly independent Trust in Yellow works closely with Southport Football Club to achieve their individual and respective objectives.

So what’s the need for a supporters’ trust at Southport, and what’s the difference between a trust and the more traditional supporters groups?

For one thing they are legally able to hold shares (being ‘Industrial and Provident Societies’, they are able to operate in the same way as any other type of company, but with many more protections), they can represent the membership – and the wider fanbase – as a shareholder in the club, and through a director, actively represent them at boardroom level. But one thing they are not is a way of raising finance for the football club to be dropped, in many cases, down the blackhole that is a football club’s wage expenditure. At least not without the shares in exchange. Why? Because as supporters many of us have given huge amounts of time and resources to our clubs; whether the practical work that many fans (and fans’ groups) carried out over many years such as painting – or in some cases even building – stands; operating the club shop or the tea bar; providing stewarding; operating the turnstiles; or throwing money in a bucket when the financial situation became dicey for the umpteenth time that year. We’ve given enormously to the clubs we follow week-in-week-out, but traditionally it meant nothing when it came to the actual ownership of the club. This is what supporters’ trusts have been doing for the last eight years at a host of clubs; ending that something-for-nothing culture, that view of fans as either workhorses or financiers of last resort.

Trusts are about building that bridge between the club itself and the community of fans that sustain it, season in, season out. It is about making that bridge something based on mutual trust and respect – secured by a very clear agreement (which is why the purchase of shares and board representation is so crucial). Of course, there are times when the relations between trust and club necessitate a slightly different, more upfront approach, but if clubs really want to embrace fans, this is the ideal – and proven – model to use, and they have nothing to fear, and everything to gain.
It is worth taking stock of the achievements of Trust in Yellow to date and reflect on the extremely healthy position that the trust finds itself in with a thriving membership and a good profile in the community which is all down to the hard work of a great many trust members. Although the situation at the club may be stable for the moment it is worth remembering how quickly the situation can change – just ask the fans of Gretna. Of course everyone involved with Southport wants to see the club become as successful as possible but ultimately you are able to act as the guardians of the club, and this is about working with the club, not for the club. Whether that work is bringing the club closer to the community or being involved in the day-to-day issues from finance and administration, or the long-term, ensuring that when – as it always does – the club changes hands, you are the watchful eye. 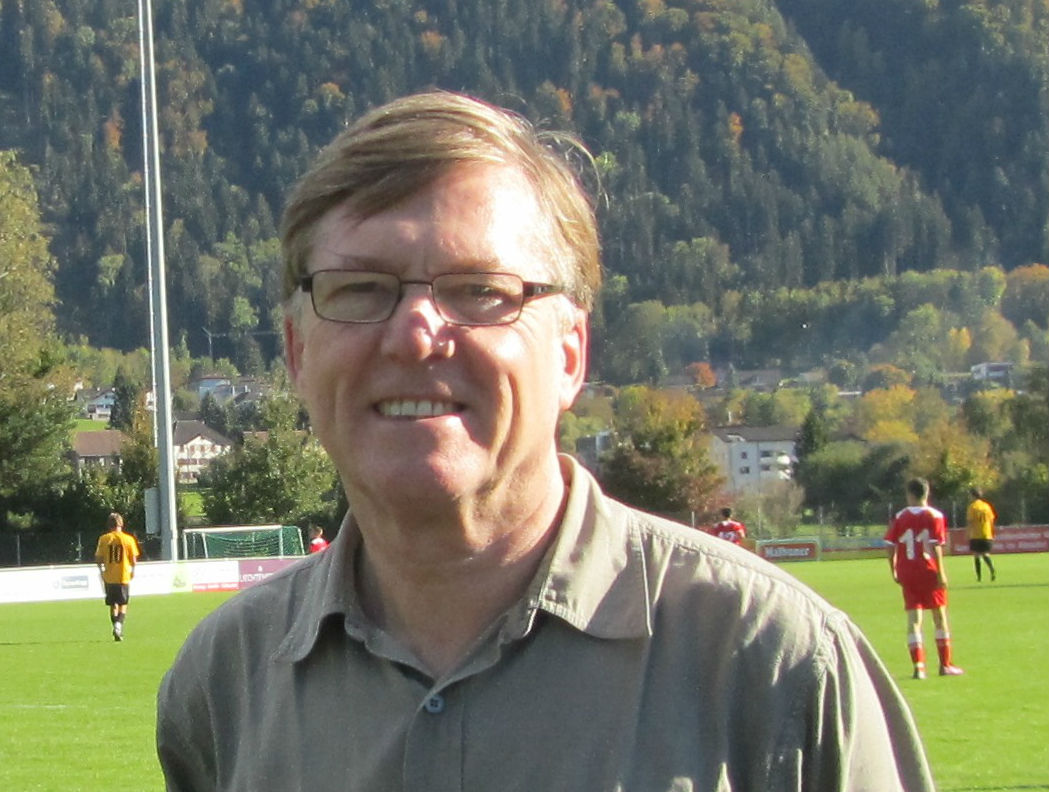 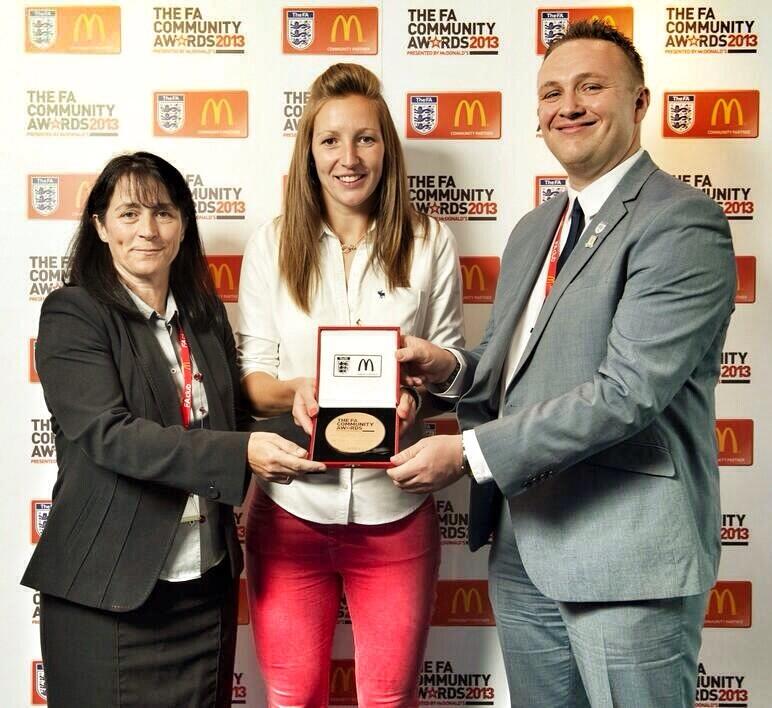 Noel has supported the 'Port since the victorious HFS Loans League season of 1992/93, with the home game against Droylsden late in that season being his first game. Since then he has followed the Port from near and far, even flying back from Germany to attend the FA Trophy Final. By day, Noel is Head of Modern Foreign Languages at a high school in Preston. In his spare time, he is heavily involved in local football - particularly female. He is Chairman and Manager of Shoreline FC, the female football partner of Southport FC, and has been coaching for fourteen years. Noel enjoys following the team home and away, and often at away games you'll hear him before you see him!
Email Noel 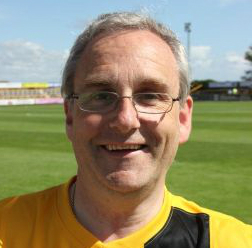 Sandgrounder born and bred, I've been watching Southport from the age of 6, attending my first game against Peterborough United on 12 February 1971, we won 3Â­2 with 2 goals from my first 'Port hero Eric Redrobe. I've made some good friends following Southport and feel privileged to be part of the TIY board.
Email Bill 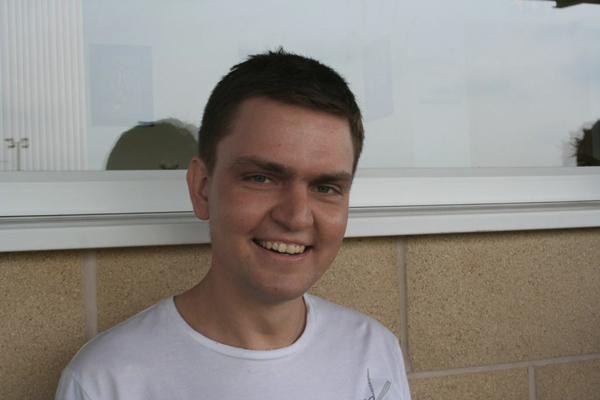 Began supporting Southport in 1997 and reported on the clubâs matches since 2003. Interest in many sports and work as a fee earner at Keoghs Solicitors.
Email Alan 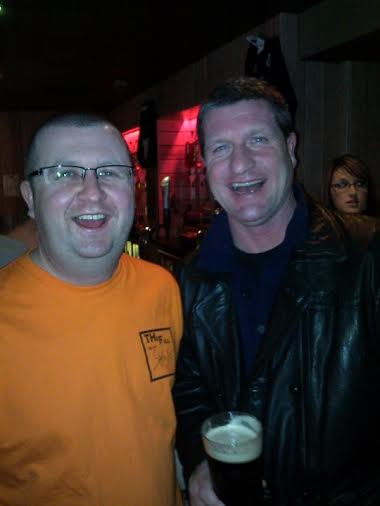 Howard started watching Southport in January 1986 when Andy Mutch equalised in the last minute of Extra Time in an FA Trophy match v Scarborough and has been a regular ever since.
He lives in the little known Sandgrounder enclave of Bury with his Wife and 2 mini Port fans, Isaac & Dylan. He has sometimes been known to dress up at matches to help raise money for Charity, especially Marie Curie.
He loves being a Southport fan and wants to help everyone in the Town feel the same way.
Email Howard 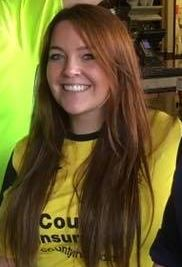 After attending her first Southport game on Boxing Day of 2016, kicking off with a win against Wrexham, Kayley was soon drawn in by the infamous Port Positivity!
Since moving back to Southport from Dubai, she has been an avid follower of the team and when not teaching at a Primary school in Nelson, enjoys running and spending time with her aptly named dog, Tilly.
Email Kayley

Born in Southport, Jordan attended his first game in August 2000 when we lost to Leigh RMI. Despite the defeat he was hooked and returned four days later to see us beat Yeovil Town 3-0.
Before that he had been a Man United fan, so arguably following Southport was a step up! His favourite match was Notts County in the FA Cup in 2002, though seeing us finally reach the Third Round at Derby was also a highlight.
Having missed seeing the 'Port at Wembley by a couple of years, he would love to see us return there, though promotion to the Football League would of course be preferable! Away from SFC, Jordan works in finance and plays table tennis in the Southport & District League.
Email Jordan

Trust in Yellow was formed on 26th April 2006. The Trust is indebted to all itsâ members, which form the fabric of its very existence. Each member owns an equal stake and say in the future of their supporters trust.

So what has Trust in Yellow done? Members may ask âWhy should I rejoin?â

Following the midst of our official launch party in 2006 the trust set about looking towards the future and forging a structure which would supplement the development of our football club with the intention of having an impact in the surrounding community.

Since then the Trust has provided funding for players to go into local primary schools and take coaching sessions as part of the clubâs community coaching scheme. Not only does this promote healthy activity to the townâs youngsters it also raises the profile of the club in the town and, along with the Yellow Bird club, encourages a new generation of supporters to back their local club.

Other community initiatives include the ânext matchâ signs which are located around the town advertising upcoming home games to local people who may otherwise be unaware of the club.

Another major initiative for the club was the formation of a travel club, which would provide a service for supporters in which the trust pledged not to subsidise or make a profit from. The service would provide supporters (and members at a significant discount) with the opportunity to travel to away games and support the team â something which was a focal part of the trustsâ objectives and had been missing in previous seasons.

One of the primary reasons for the Trustâs formation was to improve relations with the club itself and since 2006 significant funds have been raised for a number of schemes that have helped managers, players and fans. In the 09/10 season the Trust provided funding for a hugely successful reserve side with a number of players going on to make appearances for the first team in the Conference National.

Possibly the Trustâs proudest achievement however is the raising of Â£20,000 to go towards the impending installation of new floodlights. Not only is this a much needed project it also opens the door for further development and modernisation of the Merseyrail Community Stadium for both the current and future generations of supporters.

As an independent supporters trust, owned by itsâ membership the trust hopes members will continue to offer their impetus and the trust is always open to how members want to spend their money and the trust continues to give supporters their opportunity to have a say in how their football club is run.

Annual Membership is just Â£10 and all members will receive a share certificate. Family Membership 2 adults and up to 3 children is Â£20. The Trustâs office situated by the Jack Carr Stand turnstiles is always open to supporters before and after matches. Any eÂ­mail enquiries can be sent to fans@trustinyellow.com

Especially during the ITV Digital affair, Trusts acquired a perception in many peopleâs minds that they were fundraising bodies who could work better at augmenting meagre club funds. The necessities of that situation meant that this was an operational priority for many trusts. Furthermore, the need to entrench their power through share ownership makes raising money a big issue. However, money is always a means to an end, the end being supporter involvement.

Often, people associated with a club will wish for a Trust as they have heard from other clubs how much money their trust has raised. The active support of a club can be very helpful, so an interest from there is always an opportunity. However, too close a relationship can create a perception that the Trust is merely a fundraising front for the club, which regardless of how the well thought of the club is by many fans, it fails to engage with the âmiddle groundâ who can be brought on board.

If club officials make contact, it is important to support their contention that the Trust could benefit their budgets, but to also get across that the trusts that bring those benefits do so because fans are willing to put money into it. They do this in greater numbers when they believe that the Trust is a genuinely new approach to club-supporter relations, not a new marketing scheme. The club may be non-committal about this, but it is important they are clear from the off about it.