Time is running out to enter the Prediction League for 2014/15. Deadline for entries is Saturday 9th August at 2.59pm.

Our target this season is 200 Entries which will make the first prize £100 plus the coveted Trophy. The final prize will be a 50/50 split of the total entries.

You can enter by logging onto southportfcstats.co.uk or by calling into the club shop (as long as it's before the game on Saturday!)

Many membership subscriptions are due for renewal in August. You can renew yours by calling into the Trust Office on match days or you can send it to Bill Sloan, the membership secretary, at 121 Poulton Road, Southport, PR9 7DB.

You can also join or renew by clicking on the 'Join Now' tab above. Individual membership remains at just £10 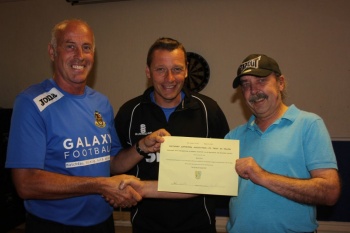 Martin spoke to fans about his first three months in the job, the process of assembling a new squad and his thoughts ahead of the upcoming season.

At the end of the event, Martin became the latest member of the Trust, being presented with his membership certificate by Trust chairman Alan Scarisbrick, along with assistant manager Andy Porter.

The Trust would like to thank Martin for giving up his time to speak to supporters at the end of the match. Thanks also to all the fans who stayed behind to make it a good turnout in the Grandstand Bar.

The Meet the Manager is one of several initiatives run by the Trust as a way of promoting greater supporter-involvement in the club.

In order to give fans the chance to discuss more above what the Trust does, there will be a table set up outside the Jack Carr end of the ground ahead of the opening match of the season against Forest Green Rovers.

You can join as a member at any time of the year, by visiting the Trust table on Saturday or online HERE. 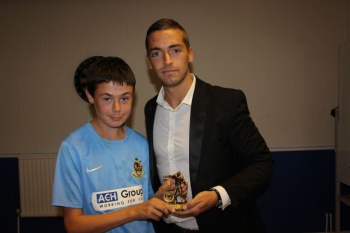 We're pleased to confirm Martin Foyle will be holding a Trust-arranged Meet the Manager event after next Saturday's game in the Grandstand Bar.

If you have a question for Martin please e-mail it to fans@trustinyellow.com