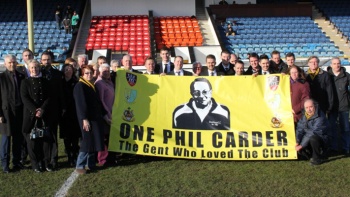 Ahead of kick-off against Gateshead at the weekend, there was an excellently-observed minute’s applause in memory of Trust Treasurer Phil Carder.

It was pleasing to see members of Phil’s family at the match along with his friends and colleagues from Churchtown Cricket Club. Churchtown have produced a banner to remember Phil and we have been pleased to be asked to contribute towards it.

We’d like to say thank you Churchtown for their help over the past week and to Haydn Preece and the club for their work in arranging the weekend’s tribute. 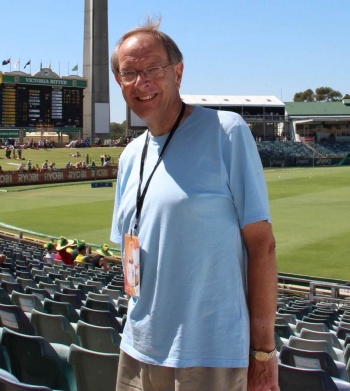 WHO IS YOUR PLAYER OF THE MONTH FOR DECEMBER?

The year 2014 came to a memorable end for Southport - and voting for the Trust in Yellow Player of the Month for December is now open.

As well as booking their place in the third round of the FA Cup for the first time in 16 years with victory over Eastleigh, Southport secured two excellent wins at Woking and Kidderminster Harriers.

Richard Brodie scored twice - one against Eastleigh and also in the draw against Gateshead - while Micah Evans, Andy Mitchell, Dom Collins and Charlie Joyce were also on target.

The most spectacular goal - and arguably most important - was scored by Luke George, who found the net in some style to secure the win at Kidderminster. Goalkeeper David Raya Martin and captain Luke Foster have also been in fine form.

Or has another player caught your eye in December? There are sure to be plenty of contenders this month.

The FA Cup third round match at Derby County, of course, took place in January, so any votes based on this match should be kept for the next round of voting.

Voting is open until 8pm on Friday 16 January and the presentation will be made ahead of the home match against Chester on Saturday 17 January.