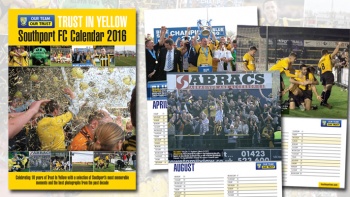 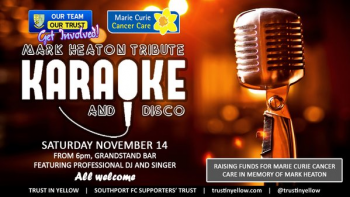 If you've joined or renewed as a Trust member recently don't forget to pick up your membership card from the Trust office.

As you'll see from our partners page we do have offers with local businesses for Trust members so it's always worthwhile having your card on you. The Trust office is open before and after all home matches.

JUNIOR FANS NEEDED FOR PLAYER OF THE MONTH PRESENTATIONS

Do you know a junior Southport fan who would be interested in presenting one of our Player of the Month awards? As well as getting to present the award they'll also get their picture taken with the winning player prior to kick off at one of our home matches.

If you, or a family member or friend is interested, please phone 07861 416859 or email fans@trustinyellow.com