Trust in Yellow hope supporters will join us on April 21 after the final home fixture against Brackley Town for an end of season awards presentation with the Southport players and a celebration and tribute to mark 25 years since Brian Kettle’s Yellow Army won the Northern Premier League.

The league victory in 1993 paved the way for Southport to embark upon its most successful period since leaving the Football League.

Tickets are £5 for adults and £2 for children, and are available to buy online HERE.

The current squad, along with members of the NPL championship will be present.

There will be a buffet, quiz, auction and much more. We hope you can join us.

All feedback and questions welcome at fans@trustinyellow.com.

Earlier this month, representatives from the Trust board met with club chief executive Natalie Atkinson. The minutes from he meeting are available HERE.

Trust in Yellow would like to thank all those who walked, contributed and supported the sponsored walk to the match at Chorley on Boxing Day.

The initiative raised £727.95 and £250.00 of the proceeds will be issued to Clatterbridge Cancer Centre.

Trust in Yellow is running a sponsored walk to the match away at Chorley on Boxing Day to raise funds and we want as many supporters to join us.

Walkers will set off from the Merseyrail Community Stadium at 7.30am before arriving at Victory Park, Chorley, in time for kick-off. The Trust will provide transport by way of return for supporters.

To sponsor the walkers, donate at payments@trustinyellow.com or pop into the shop before the game. The Trust board will also be collecting in buckets at Chorley and a donation of the proceeds will go to a local charity.

The Trust is also giving fans the chance to predict the time it takes for the walkers to reach Chorley. To donate and enter a time, e-mail payments@trustinyellow.com or see a Trust Board member. The closest guess will win a signed shirt donated by the club. 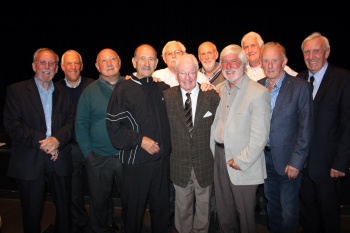 Players from the most successful era in Southport’s history gathered at the Atkinson Theatre on Friday with Trust in Yellow to celebrate the 50th anniversary of the club’s first promotion.

Half a century after the Sandgrounders won promotion from the old Fourth Division, manager Billy Bingham and his team were reunited to mark their achievements.

The evening also marked the opening of the Trust's six-week exhibition at the Atkinson with memorabilia from the club’s past, as well as a special edition real ale, Bingham's Brew, from Southport Brewery.

The campaign was part of a golden era for the club, which saw Bingham’s team reach the last 16 of the FA Cup a year earlier, before playing Everton in the third round a season later.

The full set of photographs by Julia Urwin are onine HERE.

The Trust has also produced a season summary from The Sandgrounders: The Complete League History of Southport FC, by Michael Braham and Geoff Wilde, which is available HERE. 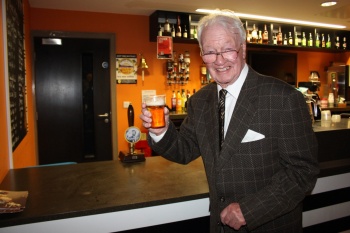 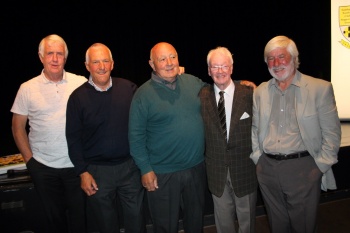 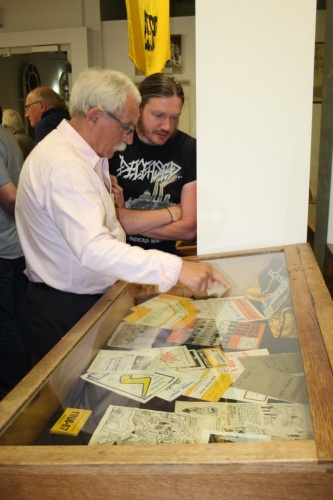