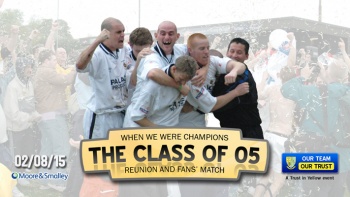 MEET THE MANAGER WITH PAUL CARDEN ON AUGUST 1 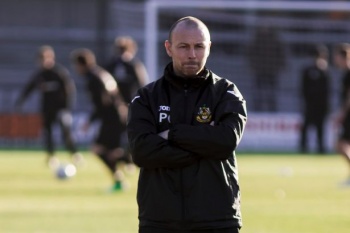 There is always a good attendance at manager events and once again all supporters are welcome to attend in the Grandstand Bar after the game.

Questions will be taken from the floor or, if you are unable to attend or would just prefer to do so, questions can also be submitted in advance by e-mail to fans@trustinyellow.com or by tweeting @trustinyellow.

The Meet the Manager session is part of the Trust’s new programme of events for the whole season which will be confirmed shortly. It begins with Churchtown Cricket Club’s Summer Bash on July 26 and also includes the 2005 championship reunion on August 2. 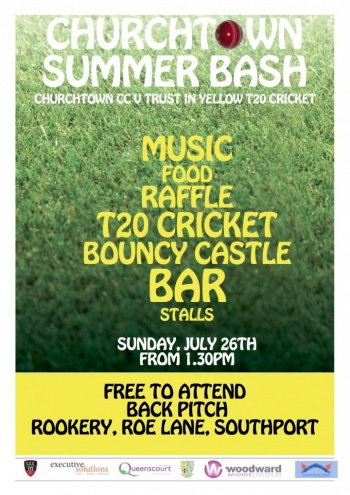 Churchtown Cricket Club will hold a Summer Bash at the Rookery, Roe Lane, on Sunday July 26.

The main part of the event will be a cricket match between Churchtown and a Trust in Yellow XI in memory of Phil Carder, the long-serving Churchtown chairman and Trust treasurer, who passed away in January.

Play will start at 1.30pm and the match will be 20 overs a side. It is designed to be a fun day, with the bar at the Rookery open and there will also be food, music and a bouncy castle.

There are two pitches at the Rookery and the match will be played on the back pitch. The winning team will receive the Phil Carder Cup.

All supporters are welcome to attend.

2005 REUNION TICKETS SOLD OUT - MATCH ONLY ADMISSION ON THE DAY

Tickets for fans to attend the reunion of the 2005 Conference North title-winning team have now sold out.

Tickets ordered by phone can be collected from the Trust in Yellow office at the home pre-season friendlies and further collection opportunities will also be announced by the Trust.

The reunion on August 2 will start with a match between the championship squad and a team of supporters, kick-off 2pm at the Merseyrail Community Stadium. Fans without a ticket can attend the match only for an admission fee of £2 on the turnstile. There will be no advance tickets sold for the match only.

Please note that a full event ticket is required to attend the post-match reunion in the Grandstand Bar. Fans who have bought an event ticket must bring it on the day to gain entry.

The Trust is looking for a couple of volunteers to help at the match with selling programmes and a bucket collection. If you are interested in helping, please e-mail Colin Aindow at caindow@googlemail.com.