E-mails have been sent to all registered members. We hope to see as many of you there as possible.

The minutes from our May Board meeting are available HERE. 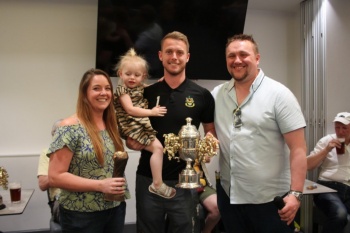 Trust In Yellow will be running a coach to the Lancashire Challenge Trophy Final against Colne at the University of Bolton Stadium on Monday 29 April.

The coach will leave the Merseyrail Community Stadium at 5.45pm and as a special offer from the Trust there will be just two prices for all supporters, £9 for adults and £6 for under 16s.

Please book your places as soon as possible either by texting Bill Sloan on 07952056385, at the Trust office or online on the club's website.

Player and Goal of the Season voting is open
Monday April 16, 2018